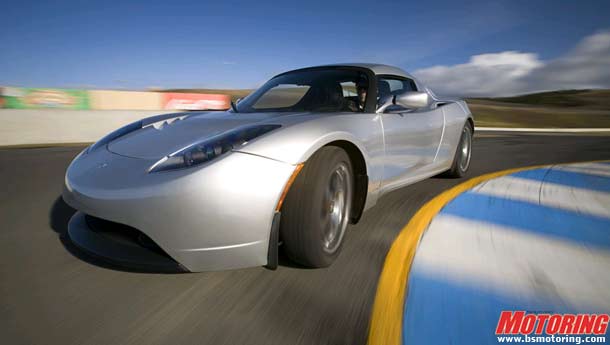 Japanese carmaker Toyota Motor Corp is taking a $50 million stake in California electric carmaker Tesla Motors, which will take over a closed San Francisco-area Toyota plant for its all-electric sedan, the companies said on Thursday.

Tesla Chief Executive Elon Musk described the investment as a "gesture of support" from Toyota Chief Executive Akio Toyoda, who approached him and struck a deal in a whirlwind corporate romance that included dinner at Musk's house and a test ride around Los Angeles in a pricey electric Roadster sport car.

A deal with Silicon Valley-based Tesla may help repair Toyota's image in the face of recalls of its Prius hybrid and San Francisco Bay Area protests against the automaker's decision to close the plant that Tesla is buying. Toyota also has seen hybrid vehicles as the key next-generation investment, rather than all-electric cars such as the Leaf from rival Nissan Motor Co Ltd. Toyota shares fell about 2.8 percent to 3325 yen in Tokyo, compared with a 3.2 percent drop in the benchmark Nikkei 225 index. BACK TO ROOTS Toyota Chief Toyoda, who was at the news conference, said Tesla reminded his company of its roots. "Toyota was once a start-up company," he said through a translator. Toyota will take the stake in a private placement to close immediately after Tesla's much-anticipated initial public offering, and the companies will cooperate on the development of electric vehicles. Musk said that another Tesla investor, Germany's Daimler AG, approved of the Toyota stake. Toyota and former joint-venture partner General Motors had shut down the massive New United Motor Manufacturing Inc (NUMMI) plant, where Tesla will produce its Model S sedan. Production of the Model S will begin at NUMMI in 2012 and ramp up to 20,000 per year, said Tesla, whose $109,000 Roadster sports car has become an emblem of California's plans to reinvent itself as the hub of clean technology of all sorts. NUMMI had a capacity of 400,000 cars per year, so the Model S production will occupy only a small corner of the plant, acknowledged Musk, who called it an investment in the future. The six-year-old start-up has been granted $465 million of loans from the U.S. government to build a new lower-cost model. It has been hunting for a manufacturing site in California and rejected NUMMI as too big. Toyota closed the sprawling NUMMI manufacturing plant in Fremont, Calif., in April, laying off over 4,500 workers. Governor Arnold Schwarzenegger said Tesla eventually could create 1,000 jobs.