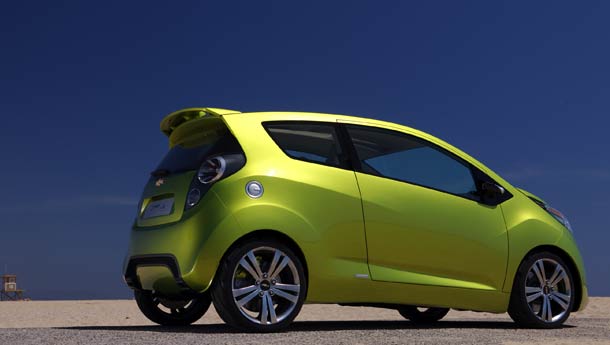 You already sell the Spark LPG, you plan to launch the Beat LPG later in the year and now the Aveo CNG. What is your target for the segment?
CNG as a fuel would be more available in the coming period and you will see it coming with both petrol and diesel. If you calculate the cost per km on the CNG/LPG, there is substantial saving. You would want to have CNG and LPG on any of the models.

GM has been the most aggressive when it comes to offering such a fuel option in India. Would this be extended to the SAIC (Shanghai Automotive Industry Corporation, with which GM has a collaboration for India) products as well?
Yes, they will, and I think it’s important that we have it spread across. But that's a long way away and for now, we have what we have on sale. Especially in India, where you have ethanol or bio-diesel capability but can’t even get BS-III fuel in petrol stations presently. So, the market looks good for LPG or CNG-run passenger cars and commercial vehicles.

Sales of the Beat have stabilised at 4,000 units per month while other cars are doing much more in numbers.
We don't have a diesel yet in that car, so it is a painful position to be in. But we have an engine specifically designed for the Beat. This new small engine, of the size of a litre, will be manufactured at Talegaon (near Pune). This engine has opportunities with other products; we have small cars and commercial vehicles.

Are you interested in the segment below your entry level car, Spark?
We are interested in any segment which has growth. For instance, commercial vehicles, 40 per cent of the market. We are not there, we want to be there. In the small cars segment, we have three products. And, the one segment expected to grow is the sub-mini segment, so it’s an interesting segment. It is a segment which has lots of growth.

After the Spark and the Beat, which is the next volume generating car you are working on and where will you source it from?
The next volume generation with that kind of size is going to be the light commercial vehicles range. We will have to turn half our factory capacity to make them. It will be a mixture as far as engines go. We prefer to make the engines ourselves but we won’t be able to make everything by ourselves. So, some of them we are making, while some we are outsourcing.

When are we to expect the hatchback and sedan version of the recent car you developed in China?
We haven't yet announced that but may be in two years time, those vehicles should be here.

Have you finalised branding of the LCVs? And, what are your distribution plans?
It will have a Chevrolet umbrella and, of course, there will be a van and a pick up. The distribution will be a separate network, as people don't buy commercial vehicles where they buy cars. In the early days, there may be some back-end sharing if it’s the same dealer, to keep costs down. But the front end will be completely separate.

Do existing dealers of GM get any choice in this?
The existing dealers have first right of refusal. If they are interested in it, then we go ahead together, otherwise we have to look elsewhere.

You said the Chevrolet Volt (electric car) may have an opportunity in India but what gives you the confidence to say that?
We will have a right hand drive version, it has the potential. It is up to the market to decide if there is an interest in the Volt. At the moment, I don't think there is a huge interest in the Volt but some of the off-shoots in the kind of technology are interesting.