Mercedes upbeat on new launches to take on BMW this year 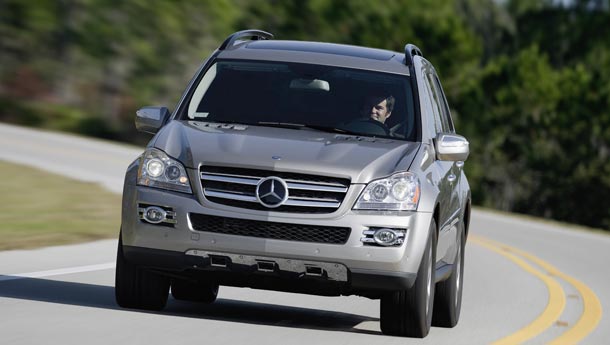 With two new cars already launched in the first week of January and four more showcased during the Delhi Auto Expo, Mercedes Benz India is planning to drive in three new cars into the Indian market this year.

"We launched the S-500L sedan and the GL class sports utility vehicle(SUV) on January 4, and have presented four cars including the Concept Fascination during the Auto Expo. We plan to have three more launches during the year," said Suhas Kadlaskar, director, corporate affairs & human resources, Mercedes-Benz India. This will include cars that the company plans to import to India as completely built units(CBUs).

The company has showcased the E-coupe, the SLS AMG priced at Rs 2 crore, its concept car Concept Fascination, and a premium SUV S-Guard at the Auto Expo, informed a Mercedes spokesperson. "The S-Guard is estimated to cost around Rs 6 crore in India and was the most expensive car in this year's Expo. It is yet to be launched here though," she added. The upcoming launches during the year could be from this bunch showcased at the Delhi event.

When asked about how does the company plan to fare this year after losing out to BMW in sales in 2009, Kadlaskar said, "The luxury car market is expected to grow at 15 per cent in 2010 and we are confident of securing double digit growth this year. The phasing out of the E-Class sedan, one of the most popular cars from the Mercedes stable, and the gap between introducing the upgraded variant had impacted our sales numbers. It is important to grow profitably." The new E-class was introduced in September 2009 and the company already has an order book of 40 cars. It had sold 1024 units of the E-class in 2009.

It sold around 3250 cars in comparison with BMW whose sales was a notch up at 3619 cars in 2009. Mercedes launched the new E 250 V6 priced at Rs 41.94 lakh ex-showroom and the E 250CDI priced at Rs 40.65 lakhs ex-showroom in Ahmedabad on Wednesday. Sanjay Thakker, chairman and managing director, Benchmark Cars, the dealer of Mercedes in Ahmedabad said that he was coming up with a new dealership in Surat next week upbeat from the luxury car sales in the state that is catching fast lane. Luxury cars is the fastest growing segment in the Indian auto market and is expected to cross the 10,000 units mark in fiscal 2010-11.