Maruti to see normal production at Manesar by Dec-end 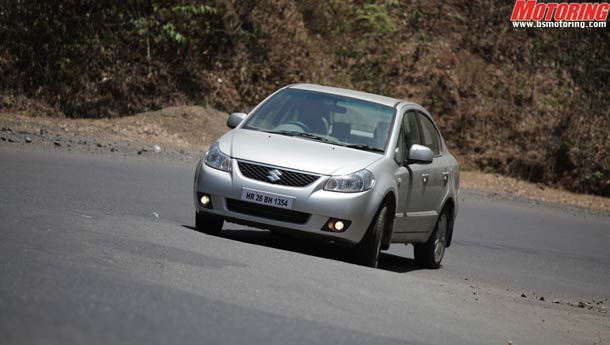 Hit by repeated incidents of labour unrest, Maruti Suzuki India expects car production at its Manesar plant to reach normal levels only by the end of December this year.

Speaking to analysts today, a Maruti Suzuki India (MSI) spokesperson said the company was ramping up output at the Manesar unit following a tripartite agreement between the management, workers and Haryana government to end a 14-day strike on October 21.

"The situation at Manesar is normal... By the end of this quarter, we will reach the normal level of production at the plant," the official said.

The Manesar plant was rolling about 1,200 cars every day before the first strike hit in June. The unit produces Maruti Suzuki's Swift, A-Star and SX4 models.

The 14-day-long strike at the plant, causing an estimated over Rs 700 crore loss, was called off following a tripartite agreement that reinstated 64 dismissed permanent workers and took back 1,200 casual workers. However, 30 permanent workers remain suspended.

"Lots of initiatives were taken while reaching the agreement, which is targeted for a long-term solution. The atmosphere was positive and constructive when it was signed," the spokesperson said.

As per the agreement, a 'Grievance Redressal Committee' and a 'Labour Welfare Committee' would be set up.

Talking about work practices at the Manesar plant, the official said: "Fundamentally, there is nothing wrong in the practices, as the same have been there in Gurgaon for the last 30 years. Probably there was some misunderstanding and miscommunication... We could have done a better job there."

Earlier, in June, workers at the Manesar plant went on a 13-day strike demanding the recognition of a new labour body, Maruti Suzuki Employees Union. The stir had resulted in a production loss of 12,600 cars, valued at about Rs 630 crore.

From August 29, the company again witnessed a 33-day standoff when the management prevented workers from entering the plant without signing a 'good conduct bond'.

Talking about sales, MSI Managing Executive Officer (Marketing and Sales) Mayank Pareek said sales in October will be low due to the labour unrest.

To push its sales, the company offered heavy discounts in the last quarter. The average discount during the July-September period increased to Rs 13,500 per car from Rs 9,500 per car, MSI Chief Financial Officer Ajay Seth said.

Last week, MSI posted a 59.81% fall in net profit to Rs 240.44 crore for the quarter ended September 30, mainly due to production losses at Manesar because of the labour unrest and foreign exchange losses.

Total income from operations during the quarter under review also declined by 14.38% to Rs 7,831.62 crore.

Seth said the company suffered an impact of about Rs 100 crore due to forex losses.

"We were under cover for the second quarter as we had hedged our yen exposure, but we are not hedged beyond October 30. Fortunately, yen is correcting now. So we may not have much impact in coming quarters," he added.

The company's board, meanwhile, has approved the purchase of up to 1,500 acres of land in Gujarat to set up manufacturing facilities.