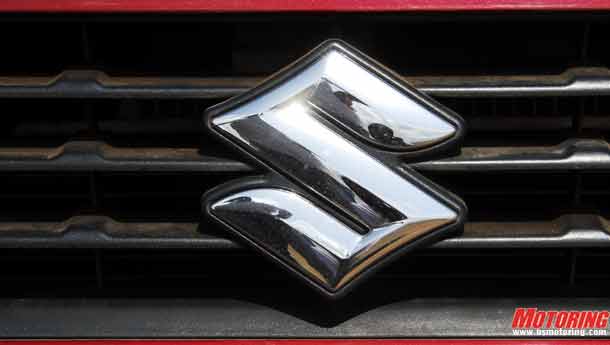 India's largest automaker Maruti Suzuki will limit exports to the last year's level due to capacity constraints, a top official of the carmaker has said.

"We are not competing in exports (with other carmakers) ... We are short of capacity. This year exports will not go beyond last year", Maruti Suzuki Chairman R C Bhargava said.

'A-star' was exported to European countries, including the UK, France, Germany, Italy and the Netherlands. Major non-European export markets for the car include Algeria, Chile, Indonesia and neighbouring countries.

South Africa, Hong Kong, Australia and Norway were new markets where the company's cars were exported during the year

To address increasing demand for its products, Maruti Suzuki has commenced work to increase capacity at the Manesar plant. "We have started work at Manesar. But that will take time (to reach full capacity), which would be by 2012" he told PTI.

In March 2010, the company had announced a Rs 1,700 crore investment for expanding production by 2.5 lakh units at its Manesar plant.

Production capacity after the expansion will reach 12.50 lakh units by 2012.

Bhargava replied in the affirmative when asked whether the company was facing delay in deliveries. "Almost all our models are in the waiting list ... I would say the average waiting list is three months for the diesel variant of Swift Dezire."

"We will keep increasing production in whichever way we can primarily to meet customer demand...Our reasonable target (to meet the demand) is 2012", he said.

Maruti Suzuki sold 10.18 lakh vehicles in 2008-09 fiscal, the first time in Indian automotive history that a car company has sold over a million units in a financial year. This included sales of 8.70 lakh units in the domestic market, the highest ever by the company in a fiscal.

Asked whether introduction of new models by foreign companies would be a challenge, Bhargava said every carmaker has to introduce new models to address customer needs. "He (carmaker) should make sure the customer gets something new".

On the growth of the automobile industry, he opined it might grow by 15 per cent. "Even SIAM (Society of Indian Automobile Manufacturers) also said the industry would grow by 12-14 per cent and that is reasonable...But we have to look at base effect also", he said.

Bhargava felt one of the biggest challenges facing the industry is lack of infrastructure. "I think (lack of) infrastructure is one big problem ... Especially when you look at global developments (in auto-industry)".

Asked whether the company would phase out Maruti 800, the first small car introduced in 1982, he said, "sometimes, every model has to be stopped ... Maruti 800 will also end at one stage.. I dont know when it will happen.. Right now, it is running...", he said.