Maruti Suzuki looks at making cars for others 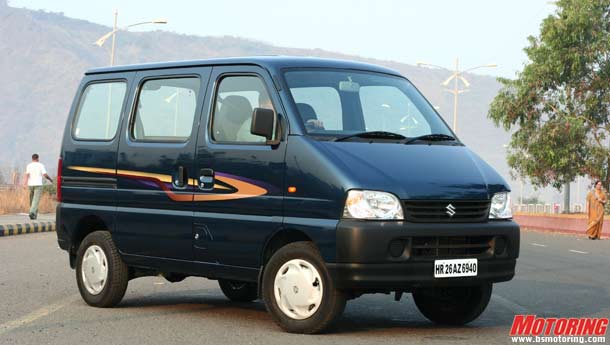 Maruti Suzuki India (MSIL) is looking at manufacturing cars for other vehicle makers, both foreign and domestic, on the lines of its arrangement with Nissan.

R C Bhargava, chairman of MSIL, said, “Our cost of manufacturing is low. We are open to manufacturing cars for other players, which can be modified and sold under a different badge. The look of the final product should be distinct from the models sold by our company.”

Though such arrangements have the potential to contribute to the volume of the company, they do not often assure a steady stream of revenue, according to Bhargava. “The European market boosted the sale of small cars last year. This year, however, we would be far from delivering the same number of units to Nissan.”

Nissan, Japan’s fourth-largest car manufacturer, sells MSIL’s A-Star as Pixo, an entry-level car, in Europe. Last year, MSIL had supplied 50,000 units of A- Star, but this year, it is likely to supply 20,000 units because of subdued demand. According to its agreement with Nissan, MSIL makes nearly 35,000 units of the small car every year for the Japanese carmaker.

Bhargava did not rule out the possibility of Maruti acting as an Original Equipment Manufacturer (OEM) for Volkswagen in India. An OEM manufactures products which are purchased by another company and retailed under the purchasing company’s brand name.

Volkswagen is a bigger company and has resources to invest in research and development for developing hydrogen and hybrid cars. Unlike Suzuki, Volkswagen neither has the technology to develop small cars nor low-cost manufacturing facility, according to him. Moreover, it has a weak presence in India.

“Logically, Volkswagen can ask Maruti to act as an OEM for them. Suzuki stands to benefit on the technological front from the German carmaker.”

Meanwhile, Maruti is investing Rs 1,700 crore to double the capacity of its Manesar plant by 2012. The first phase development would be complete in a year.

Shinzo Nakanishi, managing director and CEO, MSIL, had earlier said Maruti was scaling up efforts to expand capacity before the scheduled timeline of 2012 beginning.