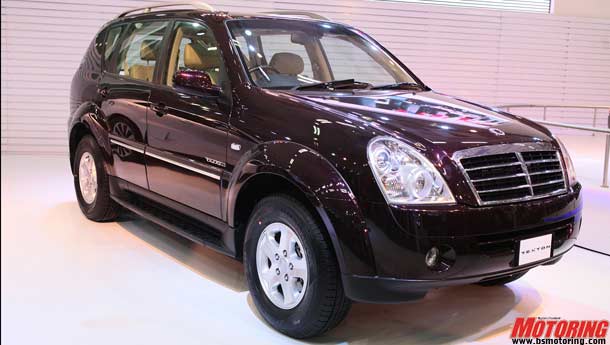 MSA this week strengthened its promotion of Ssangyong in the country with the release of two new models from the Korean manufacturer's stable -- Korando sports utility vehicle (SUV) and Actyon sports recreational vehicle (SRV).

These two models are the upgraded versions of vehicles which have been available from Ssangyong in the South African market, but are now more competitively priced as well.

Mahindra and Ssangyong were companies of comparatively similar size, who were both focusing on the utility segment of the vehicle market, said Ruzbeh Irani, chief executive of Mahindra and Mahindra's international business.

"We are busy identifying synergies in respect of distribution channels in many international markets and will use this to expand the global presence of both our vehicle brands," Irani said.

MSA has set a target of 1,500 sales for Ssangyong products in the first year, with steady growth expected over the next five years with the release of new models.

Last year, the financially embattled Korean brand sold only about 500 vehicles in South Africa, which has representation from almost every brand in the world.