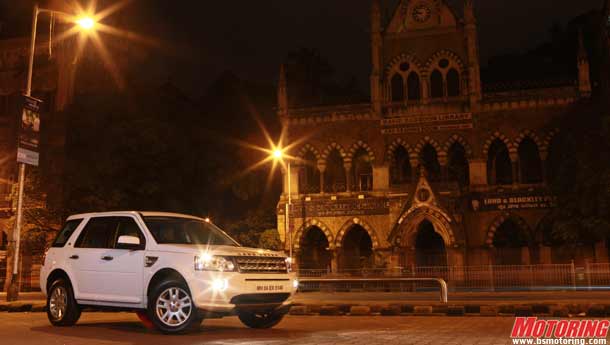 The Mumbai-based company’s profit beat market expectations for the quarter. In the corresponding period last year, it had posted a net profit of Rs 2,424 crore. Said the chief financial officer, C Ramakrishnan: “The improvement in profit is largely because of the significant improvement in performance by JLR, where a richer product and volume mix and favourable exchange rates have helped operations.”

Though JLR brought volumes with increased demand from China and other developing markets, the domestic performance of Tata Motors’ branded vehicles deteriorated, due to challenging market conditions and competition.

Standalone net profit slumped more than half to Rs 173 crore during the reporting quarter, a fall of 57.6 per cent as against Rs 410 crore reported in the same quarter last year. Despite a 15 per cent gain in sales volume, higher raw material costs and other expenses impacted margins, which were 6.7 per cent as against 10.8 per cent a year before. The company also had to bear a mark-to-market loss (writing down assets to reflect current value) on foreign exchange of Rs 83 crore and Rs 164 crore at the consolidated level.

“There was a step-up of activities on the passenger vehicle side of the business during the earlier months. This resulted in better volumes. We hope to improve the performance and margins. Additionally, the forex loss should reverse and some of it has already started,” said Ramakrishnan.

The company recorded net sales of Rs 46,199 crore on a consolidated basis for the quarter, a growth of 48 per cent as against Rs 31,262 crore posted in the same quarter last year.

JLR reported a net profit rise of 57 per cent during the quarter to £440 million as against £280 million in the same quarter last year. JLR volumes rose 37 per cent to 86,322 units during the quarter, as against 63,155 units in the corresponding period. The company disclosed having tied up for a revolving credit facility with a consortium of eight to 10 banks for committed three-five year credit lines of £610 million, since upsized to £710 million. This will enable JLR to have access to funding as and when required and optimise cash balances, while strengthening the capital structure. There was continued growth in the commercial vehicles segment, led by light trucks. There was some production loss during the quarter as a result of a forced shutdown at its plant in Uttarakhand. “Competitive intensity and increasing costs pose significant challenges to the passenger vehicle industry, with higher inflation, interest costs and fuel price increases dampening demand. There was demand pressure for some of the medium and heavy commercial vehicle applications, but the overall M&HCV market is expected to sustain,” said Ramakrishnan.

The company is readying a few launches across segments, which include variants from the Prima range, the World LCV range, Ace variants and the new Safari Storme. It also said the 100,000 units per year engine deal with Maruti Suzuki would positively impact margins of the joint venture company with Fiat, for which deliveries have already started. With the rise in sales of the Nano, the company hopes to cross 10,000 units per month for the small car in the next two months from the present 7,500 units per month.

Shares of Tata Motors are on a roll. Year to date, the company’s stock has returned 51 per cent and over 28 per cent over the last month. Till December, several brokerages had a sell call on the stock due to deterioration in the domestic business, rising amortisation costs and a widening pension deficit. But weeks before the December quarter results, most analysts turned bullish on the stock as the world simply cannot have enough of its Range Rover Evoque. Analysts say the six-month output has been sold in the first three months, giving enough indication of the kind of demand there is for the vehicle. They have been scrambling to re-rate the shares. Given that the stock has climbed 3.74 per cent to Rs 267 on Monday’s trade, analysts say this provides a strong premise for the FCCBs to convert into equity, which will result in debt reduction. “This is the primary reason for the stock to outperform,” says Karvy Research.