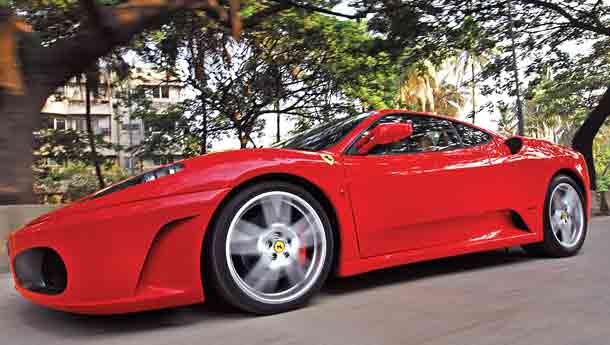 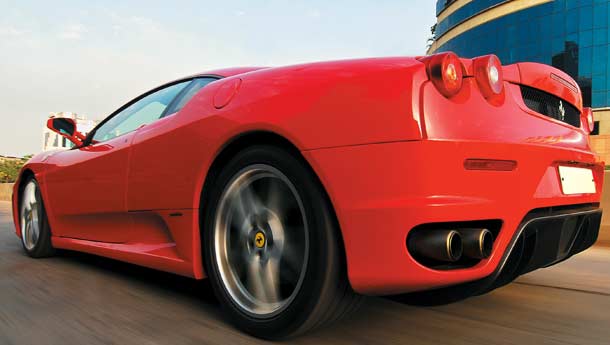 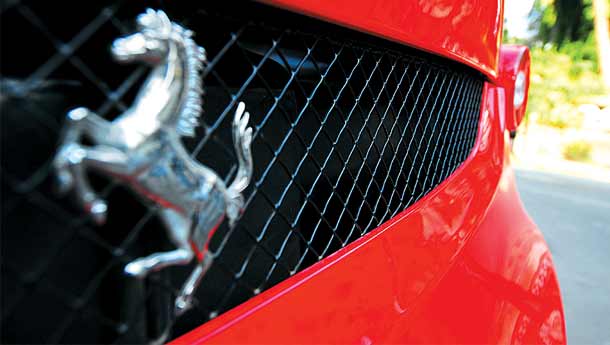 As much as Ferrari might deny, the F430 was designed for the sole purpose of showing the Lamborghini Gallardo its right place in the sportscar hierarchy.

Which is why it looks the way it does, purposefully crouching and supremely sublime. It lacks the emotional lines of the F355, nor does it have the poise or finezza of the great Pininfarina designs from the mid-90s, but you will spend more time gazing at this splendid work of art than the 360.

There are a lot of details that you can’t miss, and for what is supposed to be essentially a re-skin of the 360 and nothing else, it’s a job well done. The afterburner inspired tail lamps look like a blast, the tear-drop shaped air dams like a work of art and the rear diffuser like a Ferretti stern. The culmination of different parts is so magnificently done, everything else in its segment appears militant – a tad too aggressive.You also slink into the seat and not crawl or slouch into it, because that would mean angering the tifosi. The yellow logo on the steering wheel glares at you, reminding you that you are in the sanctum sanctorum of cars and that it demands respect. The steering is also more box-like, the perforated material a dream to hold on to. It feels special, it feels Ferrari, something even anodyne Lambos can’t convey. You sit higher in this Ferrari, peering over the wheel, but that’s the only high point in the car while it sits so low from the ground that you fear for your life and the car’s.

Twist the key, fire the 4308cc’s eight cylinders and then listen as the soundtrack settles from a shrieking howl to a thrum. Lift both paddles and engage neutral, then flick the right one to get into first and just coast along to the horizon... er, not exactly, but to the nearest speedbreaker. As you caress the car through what appears like an eternity, it gives you enough time to get a hold of that steering, turned to half lock, the car crawling like a crab. It isn’t practical in the Indian sense; heck, apart from stiffening dampers you can’t do squat! Even through gravel you have to gingerly find your way. But it’s a Ferrari, and so if everyone else is staring at you, your investment is as sound as buying a couple of thousand shares in Google.   You might be rich enough to even afford your own private expressway, and you better be, because the F430 comes into its elements once you are past the necessary evils of a fast growing India. Flip through the paddles and watch as the gearshifts start going up, 150 milliseconds at a time. It changes quicker than the 612 Scaglietti and for good reason – you always want to hit the track quicker than you want to hit the disco. The mechanical rumble from the exhaust note might sound like it’s crying for a set of Tubi four-into-two exhausts because the crescendo is set much higher, somewhere around the 6k rpm mark, but at this point you start to do silly speeds. The car is moving faster, ironically it sounds faster than it is actually moving. Even then, the steering is only starting to feel better and better, more accurate and more capable.

As my hand moves towards the Manettino switch on the steering, I opt for the harder Race mode but choose not to go into CST – heck, it would require a day of practice around Fiorano before I even think of the inevitable. In Race mode, the car partially switches off the traction control and the already namesake damping now deletes what little damping is left from its repertoire. I spent the total sum of three minutes in that mode, and with the first hint of oversteer switched back to Sport. Simply put, you have to be chicken to drive on Indian roads in Race mode, or you would end up causing car damage greater than the deficit of some countries.The mid-engined layout gives you the balance to hunt corners aggressively. Fast in, shed some speed with those massive Brembos causing the back of your head to hit the restraint, and nail the throttle again... the chunky tyres grip the asphalt and you are out of the corner like a bat out of hell. You can keep doing this again and again, and every time you do it, the 430 obliges with a welcome smile. It is as if this car is a predator that eats corners for breakfast, lunch and dinner. Burp!

But Indian reality also bites. You think twice before you tackle a speedbreaker, fear for your life if you let that Manettino switch get the better of you and if everything goes wrong, pray that your car isn’t a total writeoff. It should have been more exciting than this, but realisation dawns that Ferraris were never meant to be practical. It might not be perfect, and maybe cars at half or even one-third the price will leave the F430 hunting for its raw abilities. And the F430 has been hailed as the most practical mid-engined non-V12 Ferrari ever.I’m not convinced that this collective body of people were consuming banned substances at the time because on the open road this Ferrari feels like no other. It grips just the way a Ferrari should, threatening to let go of its rear, but gradually, giving you more time to correct the steering and get back on track. The engine howl can get addictive and you want to nail the throttle harder and harder, while the steering is a study in sublimity.

In a Ferrari, logic finds no sounding board, it’s the senses that rule supreme.

We’d like to thank Hyperformance Cars for the Ferrari F430. They can be reached on sales@hyperformancecars.uk.com or 98920 07707.