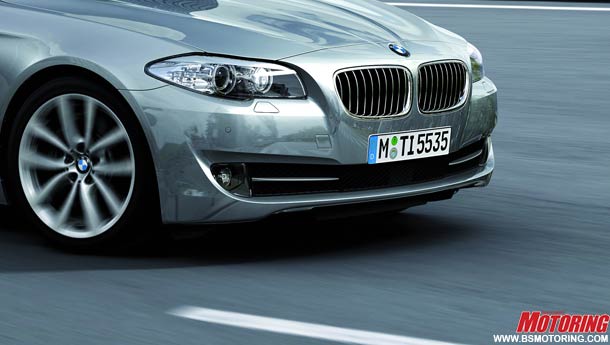 Pipping compatriot Mercedes as the numero uno luxury carmaker in India last year, German firm BMW will enhance production capacity at its Chennai plant as it eyes sales of over 4,000 units in 2010.

"In 2010, we aim to achieve double digit growth. In absolute numbers we want to achieve sales of over 4,000 units," BMW India President Peter Kronschnabl said. With its sales target exceeding production capacity at the Chennai plant, BMW is looking to increase output there soon.

"The Chennai plant has a capacity of 3,000 units per annum. We will also invest more on our plant but the final figure is yet to be fixed. We will soon make some announcement in this regard," he said without sharing details.

Last year, BMW overtook Mercedes as the number one luxury carmaker in the Indian market with sales of 3,619 units against 3,247 units of the rival.

"After three and half years in the Indian market we have done reasonably well. Today we have a 41 per cent share in the Indian premium segment market against 9 per cent in 2006 when we started our operations," he said.

In January and February, BMW sold a total of 709 units, registering a growth of 38 per cent over the same period in 2009.

"We will further invest in the country and also increase our manpower here. We will increase the head count at our Chennai plant by 30 per cent this year from 160 people currently," Kronschnabl said.

Kronschnabl said the increase in manpower at the Chennai plant will be done to cater to the needs of assembling the SUV X1, which will be launched in India later this year.

"The X1 will be launched in both petrol and diesel variants. I will have a price tag of around Rs 25 lakh. We believe the car will push our volumes up in a big way," he added.

BMW has not yet decided on a production figure for the X1 but is looking at selling at least over 500 units annually, Kronschnabl said.

The company will also start assembling the new 5 Series at the Chennai plant by July this year, he added. In order to meet its sales targets, BMW is also increasing dealerships to 24 by the end of the year, from 17 now.

"We will focus more on Tier II cities," Kronschnabl added.