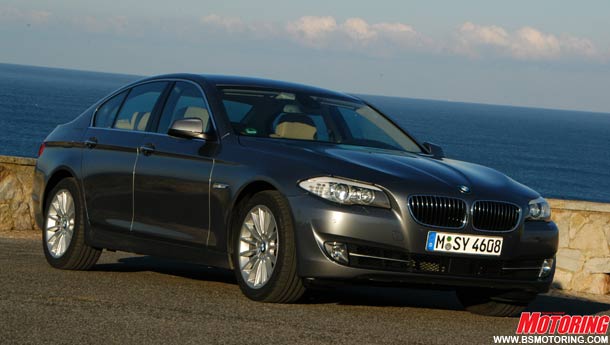 German luxury car maker BMW today said it will bring the latest version of its sedan '5 Series' to India this year in order to drive volumes and ward off increasing competition from compatriots -- Mercedes and Audi.

"The refreshed 5 Series will be launched globally later this month and we intend to launch it in India within 2010. The price is yet to be decided for the India market," BMW Global Director (Marketing and Planning) Markus Schram said here.

He said while the 5 Series will mainly compete with Mercedes' E Class, BMW "wants to set a new trend in the luxury car segment with this series in India".

Schram, however, declined to comment on variants of the new refreshed series, but said "our portfolio will be strong".

In 2009, BMW overtook Mercedes as the numero uno luxury carmaker in the Indian market with sales of 3,619 units against 3,247 units of the rival.