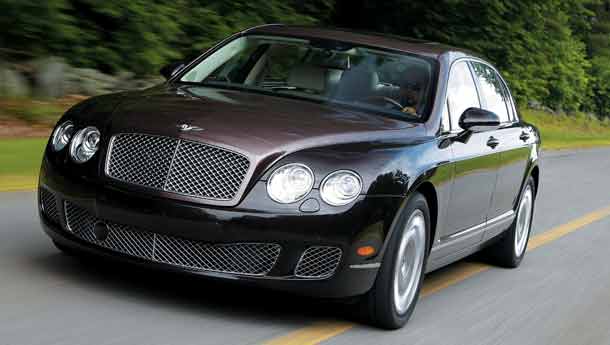 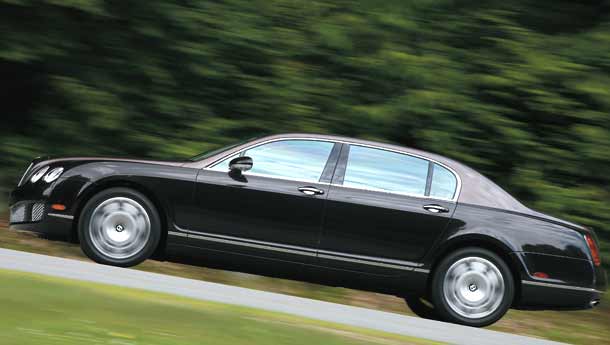 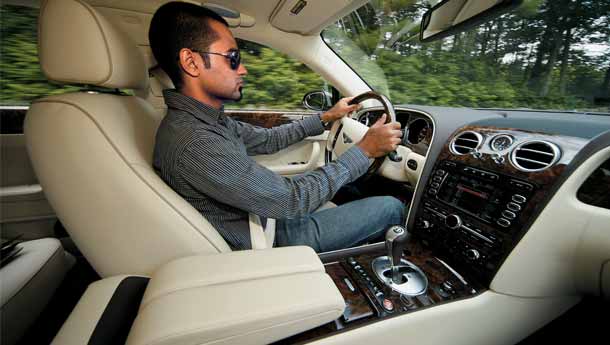 It was all rather ridiculous, but in hindsight it probably couldn’t have been more appropriate. There I was, in Templeton, Massachusetts, a picturesque little town (like most towns in this part of America) that was our designated ice-cream stop on the ‘09 Spur drive. It was four in the afternoon and quite hot, so as I stood salivating in front of the vast blackboard menu in the Templeton Ice Cream Barn, I was glad for the opportunity for a cold sugar-high.

After I chose Chocolate Chip Peanut Butter Crunch Pecan Walnut Cherry Whirl How Ya’ Doin’ I’m Good (most flavours in America sound like this), the pretty girl at the counter asked me what serving size I wanted. Available to me were ‘Baby’, ‘Small’ and ‘Large’, and since I like my ice-cream, I went with the large option – big mistake. I was handed something approximating a bucket, piled high with enough ice cream to feed everyone in our group and their uncles. I battled manfully with that towering vat, and as my brain slowly froze and my fingers went numb, I had the ridiculous/appropriate epiphany mentioned earlier in the article. You see, they like to do things differently out in the US, and by differently I mainly mean ‘enormously’. There are no half-measures in this country; it’s all or nothing, both barrels, the Full Monty. What better place for Bentley, then, to launch the new versions of their 12-cylinder behemoth, the Continental Flying Spur?

Did I say new? Those who’ve been startled by the sight of a Spur looming in the rear view mirror will probably not notice the external differences in the ‘09 model, at least not on the standard Spur anyway; the Speed is more out there, but I’ll come to it in a minute. Even though there are styling changes, the emphasis at the drawing board was clearly on subtlety; the chrome radiator grille – perhaps the element that people remember most – is now more vertical and has a squarer edge, doing away with some of the roundness of its predecessor. Look underneath it and you’ll find that the colossal central air intakes, in a black matrix pattern, are wider and more prominent – the ‘children and small animals’ cliché applies here. In the Speed version, the larger grilles provide more airflow, not a bad idea if you have to cool 600 bhp worth of engine. If you’re really into bling, you can ask for the lower grilles in bright chrome too. Around the headlights, you’ll find chromed bezels and… well, that’s about it at the front. Move around to the back, past the muscular but elegant profile, and you’ll again be hard-pressed to spot the styling changes – but they’re there. The bumper is new, for one, with wraparound chrome trims, and then there’s more chrome in the form of the tail lamp bezels.   The Speed doesn’t differ too much from its sibling in styling terms; the grille and air intakes are simply tinted near-black, to set it apart and to give it the requisite amount of quiet menace (they fulfil both aims admirably). At the back, you’ll have to duck down a bit to discern the wider sports exhaust tailpipes, in a rifled pattern. The Speed also rides on 20-inch multi-spoke alloys, which you can ask for in silver or dark tungsten, and is shod with Pirelli P-Zeros made especially for the model. The standard Spur (if it can be described thus) has 19-inchers, also with P-Zero tyres.

Net net, what does it all come to, then?
To be honest, the Spur was never the best-looking luxury car on the market, and it isn’t even now; the Italians, with their bulls and prancing horses, and the Aston Martins of the world have it beat on that front. What it manages to do very well is to be distinctive and sophisticated, whilst simultaneously giving off the merest whiff of brutality and bad behaviour – it’s like a Navy Seal in a Savile Row suit. The public bought it wholeheartedly, though. ‘That’s a fine looking automobile right there’, an admiring gent was moved to say, and he looked like the sort who might have had a few sack-loads of cash to spare for a new car.

The real story, as is to be expected with a car like this, is on the inside. Short of the Maybach, I can think of no other automobile that cossets you in quite so comprehensive a fashion. The Spur’s cabin was a seriously refined place to begin with, and with the addition of an acoustic laminate inner layer on the double-glazed glass windows all round, plus a similar addition to the underbody trays and wheel arch liners, it’s now even quieter. Frankly, this would have been overkill were it not for the fact that they’ve simultaneously retained the distinctive W12 rumble – otherwise, it would’ve been like a sensory deprivation chamber. The seats are simply magnificent – supportive, luxurious and with a nifty massage function built in (not in the driver’s seat, naturally). The quality of materials is predictably top-notch, and only the finest bovines and trees have gone into it. Almost everything is customisable; you can ask for seat piping, marquetry, more chrome inlays, two-tone interiors… heck, they’ll probably tailor you some clothes to go with the colours too.

However, the one thing that makes this Bentley the absolute dog’s wotsits is the optional Naim audio system. No, you’ve never heard the name (Naim, name…get it?) and yes, it’s bloody good. There’s a scarcely believable 1100 watt amplifier in there (the most powerful unit in a car, ever), juicing up 15 speakers, and the way it transforms even the muddiest recording will make your hair stand on end. Cranked right up, it’ll blow every stitch of clothing clean off you, but won’t distort even a mite – it is, without a doubt, the best car audio system I’ve ever heard, perhaps even the best audio system, period. If you’re the lucky S.O.B who’s in the market for a Spur, you simply must ask for the Naim system.

Now then, let’s take a look under the hood. The thundering great 6-litre, twin-turbo, 552 bhp, 65 kgm engine (the most compact 12-cylinder made today, if you can believe it) remains unchanged from the ‘08 model, and it’s still mated to a six-speed ZF auto tranny. For those who think the above figures are a tad anaemic, Bentley offers the Speed, whose tweaked engine puts out the small matter of 600 bhp and 75 kgm – enough to bring down entire housing estates.   It’s all very simple, really. You strap yourself into the driver’s seat, fiddle around with things like steering height and seat-back angle, adjust your ORVMs, select ‘D’ on the shifter, stomp on the loud pedal and bam! Before you know it, you’ve hit 160 kph in 11.3 seconds (Spur) and 10.5 seconds (Speed), you’ve barely noticed you’ve moved and other vehicles on the road look like they’re being sucked backwards into a black hole. This is how it should be, at any rate. Unfortunately, the Yanks take their speed limits rather seriously; the fastest I was able to go was just over 100 mph (160 kph), for about five seconds, before having to slow down to the pathetic 65 mph (104 kph) limit on the highway. You think that’s bad? Try driving a 600 bhp car, that’s begging to be allowed to shred tarmac, at a mere 45 mph (72 kph) and below through inside roads – it’s enough to bring a tear to the eye. To the nice folks at Bentley, a humble suggestion – next time, plan a launch at a racetrack, or in Germany.

Be that as it may, there’s no doubt that both cars make for great driving experiences. There’s something about that locomotive-like engine and its outrageous torque that makes you want to get in and keep driving till you reach the other end of the earth. Whatever bends and turns you might encounter along the way won’t be a problem, either; this near-2.5 tonne car corners in a way it shouldn’t, by rights. The four-link front suspension, coupled with a trapezoidal multi-link system at the back, ensure that no matter how hard you throw the Spur into a turn, it simply grips, hunkers down, powers through with virtually no roll and continues on its merry way. It doesn’t hurt that the Speed has a 10 mm lower ride height, or that its spring and damper settings have been uprated, along with the addition of thicker anti-roll bars front and rear. Also playing their part are the bespoke Pirellis; on both cars, in 19- and 20-inch avatars, they offer a combination of grip and ride comfort that is truly sensational.

Despite the strangulations of the American speed limits, there was no doubt that the Speed was a significantly more powerful and sporty machine, with noticeably more lower-end grunt, a slightly stiffer ride and improved steering feel (a retuned Servo, direct-mounted front subframe and stiffer bushings did the trick). Additionally, you can switch to Dynamic mode in the Speed, which increases wheel slip at higher speeds, as well as re-supplying torque faster after the traction control system has kicked in, giving you that much more scope to push the car.

Naturally, such immense power requires equally ferocious stopping ability. This is taken care of by the largest brakes on any production passenger car yet – 405 x 36 mm discs up front and 335 x 22 mm at the back, as standard, with the option of upgrading to Bentley’s carbon/silicon carbide brakes.
Essentially, if you stomp on the brakes in this car, it’ll stop so quickly (and so smoothly) you’ll end up in yesterday. Apart from the full complement of active and passive safety features, there’s the rather nifty Adaptive Cruise Control, which uses a radar sensor to monitor the road ahead. If someone in front is moving slower than you, the system brakes automatically and adjusts acceleration in order to maintain a ‘time gap’, which you can specify. Idiot-proof? Almost.

So what, in conclusion, can one say about the Spur? It’s actually not that easy to write about a car like this, because there’s almost nothing that’s wrong with it. I mean, come on – 12 cylinders, 552/600 bhp, 320 kph top speed; what’s not to like? That’s on paper, anyway. In reality, as with all cars of this nature, it’s also equally true that it’s a prime example of excess and overkill – there’s almost nowhere on earth you can hit even 100-odd mph consistently and hope to hold on to your license. Set that argument aside, however, and what you have is arguably the best touring car in production.

Bentley have managed to combine luxury, raw power, sophistication, refinement and handling in a way few others can hope to match, and if I had to pick a car to cross continents with, I’d go with a Spur any day of the week. It may be way too much car for anybody, but boy, it’s cool.