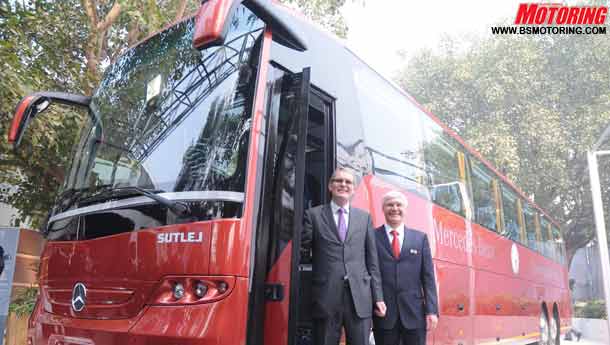 The automobile industry captains have stressed on evolving an advanced mass transport system in India rather than individual mobility to tide over the lack of adequate road infrastructure in the face of rising demand for personal vehicles.

They maintained the surface infrastructure would never be able to match the explosive demand for mobility, as has been experienced by some developed economies.

“India’s innovation in automobile sector made worldwide waves with Tata Nano. However, managing traffic would be a big challenge in the times to come”, Managing Director and CEO, Mercedes Benz India Wilfred Aulbur said participating in ‘The Auto Conclave’ as part of the annual ‘Manfest 2010’ of the Indian Institute of Management, Lucknow (IIM-L) here last evening.

He maintained in the current environment, individual mobility was not the solution for the impending congestion on roads, but mass mobility solutions, such as rapid mass transport system and integrated traffic management would be needed.

Aulbur referred to some European countries, where due to high running costs, people were now looking at car from the perspective of cost rather than owning it.

“However, India has a long way to go, since people here attach greater aspirational value to a car than in the West,” he added. India has 10 cars per 1,000 population compared to China and Germany at 27 and 565 respectively.

Fiat India president and CEO Rajeev Kapoor said the domestic auto industry was propped up by the timely stimulus of the government in face of economic recession.

“However, there are several challenges before the Indian automobile industry, including lack of road infrastructure, keeping costs down and manufacturing environment-friendly vehicles,” he added.

Kapoor said almost 35 per cent of the cars were sold in the big cities of the country and the industry was touted to grow to 2 million cars per annum.

He said Fiat was looking at 90 per cent localisation of its cars sold in India to keep costs down and ensure cheap availability of spares.

Society of Indian Automobile Manufacturers (Siam) director general Dilip Chenoy predicted that the country was on course to become a global hub for the auto space, not just for marketing but also development.