Adieus begin for some famed cars from tomorrow 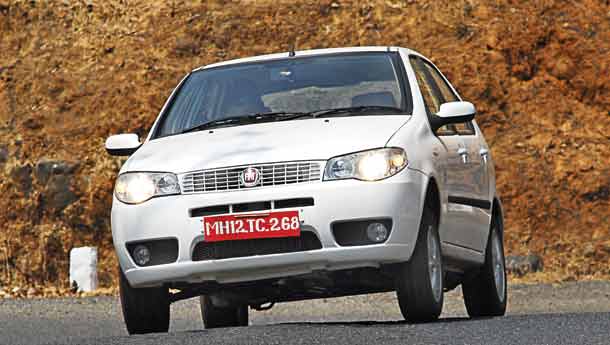 As India seeks to catch up with European automobile emission regulations, with the introduction of Bharat Stage-IV (BS-IV) norms, the most stringent till date, big cities will have to bid adieu to a few four-wheeler models, which once helped their companies promote brand and build volumes.

New units of the iconic Maruti 800, Ford Ikon (1.3 petrol), Fiat Palio, Skoda Fabia (1.2 petrol) and Octavia (1.9 TDI engine), and Chevrolet Tavera (2.5 DI) of General Motors will no longer be sold in the 13 notified cities from Thursday, which constitute 40-50 per cent of total car sales in the country.

An upgrade to BS-IV also means additional costs of anywhere between Rs 10,000 and Rs 20,000 per new vehicle, as changes have to be made to the internals of the car, including engine and transmission system. As a result, all car companies will be increasing the price tag for their models accordingly.

All the models mentioned would, however, be still sold in the rest of the country, where Bharat Stage III norms will be applied. While the date of transition for applying stricter emission levels was earlier pegged as April 1 for the entire country, there has been a delay in enforcing the BS-III norm due to shortage in availability of the fuel.

Sources say the BS-II areas (cities and towns other than the 13 cities) would continue to sell the same fuel for at least the next five to six months.

“Though Maruti 800 has been an icon for the entire automobile industry, we are discontinuing the vehicle from 13 cities and the car would now be sold in the rest of the country. On the other hand, all other Maruti vehicles sold from April 1 would be BS-IV compliant,” said R C Bhargava, chairman, Maruti Suzuki India.

The company's engineers had been working to see whether the M800 model could be re-engineered to make it BS-IV compliant, but gave up the effort. It would have increased its price substantially, making it uncompetitive.

Maruti sells an average of 2,750 units a month of the M800, with a majority of it being in smaller towns and Tier-II and III cities. The company would, however, upgrade the Omni (van), which uses the same engine as the M800.

Meanwhile, the Ikon, a volume generating sedan from Ford, may also face the axe as the petrol model (1.3 litre) is not driving enough demand for the company. “As of date, Ford Ikon does not comply with BS-IV emission norms. We are still working on some of our models and will divulge our plans for Ikon in April only,” said Timothy D Tucker, vice-president (sales), Ford India.

The 13 cities that will have to follow the new norms from April 1 include the National Capital Region, Mumbai, Hyderabad, Kolkata, Chennai, Bangalore, Ahmedabad, Pune, Surat, Kanpur and Agra. Together, these account for 40-50 per cent of the two million passenger vehicles sold in the country in a year.

P Balendran, vice-president, corporate affairs, GM India, said: “All our products, except the Tavera, are calibrated to meet BS-IV norms. So, we will not sell Tavera in these 13 cities.”

“While BS-IV will be readily available in 13 cities, the problem would be with BS-III fuel, that would initially be available only in Goa. Thereafter, it would be extended to Madhya Pradesh, Maharashtra and Chhattisgarh from June 1 and finally all across India from October 1,” said Dilip Chenoy, director general, Society of Indian Automobile Manufacturers.

According to Chenoy, if the vehicle is de-rated to run on lower standard fuel, there is a minuscule effect on emission and durability in the short to medium term. “However, long-term impacts are yet to be seen, if the fuel availability is delayed further,” he added.

Consequently, the new vehicles tuned for BS-III would not be as efficient on higher sulphur content as in BS-II. The sulphur content is 50 ppm in BS-IV, up to 350 ppm in BS-III and 500 ppm in BS-II. Similarly, if the car is tuned to run on a minimum octane level of 91 (such as in BS-IV), it will have difficulty in running at 88 (such as in BS-II). In addition, the life of the catalytic converter, which helps reduce harmful emissions, might get reduced in the long term. This means if the converter is tuned to last for 80,000 km, its shelf life would be depleted much before that.